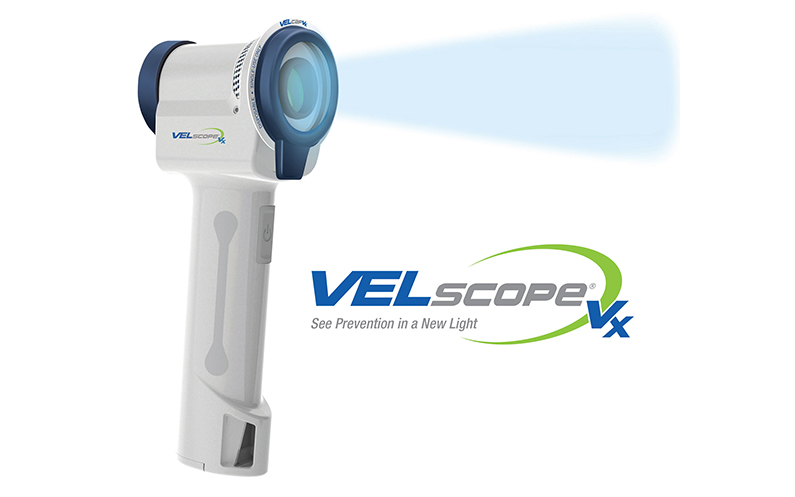 In the past oral cancer was more a disease of those whom smoked and drank alcohol. When you combine tobacco use with heavy alcohol use the incidence of oral cancer increases 15 fold. It is also now confirmed that in a younger age group, including those who have never used any tobacco products, have a new cause which is HPV16 viral based (HPV is a sexually transmitted disease). In about 1% of those infected with the HPV16 virus will have a lack of immune response to the virus which can cause cervical as well as oral cancer.

As always we strive to be on the cutting edge of new advancements in dentistry. We have recently incorporated the use of Velscope into our practice for early detection of oral cancer. Although Velscope doesn’t tell us if a lesion is cancerous or not, it does show changes in the tissue via fluorescence which will allow us to make referrals for further evaluation. In fact, when discovered early, the five year survival rate for oral cancer patients is about 83 percent, significantly improved from the five-year survival rate of around 50%. Catching oral cancer at this early stage is life-saving before it has a chance to invade deeper into the oral tissue or metastasize to other organs. When discovered early, the treatment outcomes for patients with oral cancer are statistically favorable. However, oral cancer is rarely discovered during the early stages when the cellular level changes are essentially invisible to the naked eye.

As always prevention is the key. At any given moment we all have cancer cells that our immune system scavenges and gets rid of. However, in the presence of a weak immune system, the toxic environment we live in, and the poisoned food we eat, cancer cells can get the upper hand. A clean organic diet (preferably mostly plant based or organic grass fed meat) along with proper exercise and screening exams will help eradicate this epidemic we call cancer.

Are Whitening Toothpastes Good For Your Teeth?

If your saliva could talk!

I earned my dental degree at Midwestern University College of Dental Medicine in Arizona, a school that concentrated on comprehensive patient care with the newest techniques and materials. While there I was honored with an award from the American College of Prosthodontists. I am passionate about dentistry, and learning is a never ending journey in my career. Staying up to date allows me to provide the best care for my patients and contribute to a more positive perception of dentistry. I have attended countless hours of continuing education, including courses at Spear Education, the most innovative and respected dental education provider in the country. I love educating patients and helping them understand how to improve their oral health. I believe in always having a positive exchange with people and providing my patients with the same quality of dentistry I would give myself and my family. I look forward to seeing you at our office.